skip to main | skip to sidebar

Whether locals or expats, many are in desperate need of help in Haiti since last Tuesday's earthquake.
If you haven't seen the page already, Google is making it easy for all you cybernauts to find ways to contribute...

Posted by Keith Pow-Williams at 9:44 PM No comments:

It is time to thank readers around the world for their support and contributions to 245 and Counting and to wish you all, whether at you are at home or on far flung shores...

Our season's greetings & best wishes
for a peaceful & prosperous 2010. 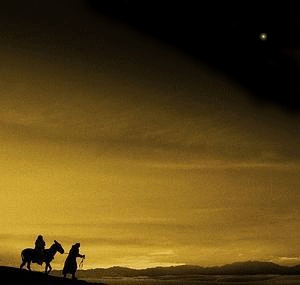 Here is a matter that could affect many expats where it hurts – in the pocket! However, I should preface the subject by declaring an interest in this, a close family member having had direct experience of the problem.

The subject is payment protection insurance (PPI), as applied to credit cards, and potential problems that may be encountered in becoming an expat.

Such insurance provides cover on your liability in the event of loss of employment or other disasters impacting on your ability to earn and the PPI on credit cards can include an element of life insurance as well as the principle aim of the cover - insurance in the event of involuntary unemployment, accident, sickness, etc.

All very good so far. However, certainly for Brits anyway, it seems that moving overseas, can automatically invalidate the unemployment, accident, sickness aspect on many policies. So, in becoming an expat, you can lose your right to claim under your policy.

Now, with something as significant as the actual cover becoming invalid, you might expect that the credit card companies would advise you of this change as soon as you tell them you are relocating to another country. Well, perhaps some do, but it seems that some card companies were not doing that – and, as one can go some years without ever claiming, a card holder can be unaware that their insurance has become invalid, while some card companies continue to charge the PPI premiums on the monthly card statements - even though they have been advised that the card holder has moved overseas.

In the particular cases we have seen, there seem to be good guys and bad guys... one major UK bank admitted that the card holder had notified them of their relocation and immediately refunded the relevant premiums that had been paid over some years. Another major credit card company refunded the premiums and made this statement...

“we have recently updated our processes to ensure that when a customer notifies us that they are relocating abroad, they are sent a letter informing them of the changes to their cover.”

However, another major UK High Street bank seems not to take the same view – they say that the payment protection insurance has not been valid since the card holder's move to France, so no claim would be possible, but they they are not obliged to refund the premiums paid over some years, even though the card holder had notified them of their move overseas at the time it was made. This bank has insisted that the policy has been invalid but also wants to keep most of the premiums paid, even though they have not provided the cover! They have referred the card holder to the « small print » of the insurance policy and offered a « goodwill gesture » of about 15% of the premiums paid...

Perhaps this is the level of helpful, caring banking we have all come to expect recently?

We would be interested to hear of any expat experiences of invalid PPI and if the bank has put their hands up and admitted they should have notified the client as soon as they were aware of their move overseas – or if they prefer to keep the money!!

Does this only apply to British expats or can this happen to anyone moving from their home country?

Have you been paying credit card payment protection insurance as an expat, unaware that your cover may be invalid?

Will we be naming names? Watch this space...

Following an unexpectedly long absence, sincere thanks to all those who have encouraged, nay demanded, the return of 245 and Counting to the blogosphere!

Returning to the fray energised and batteries recharged (unfortunately just the laptop), the intention is to continue the theme of discussing expat life in general but hopefully with some new perspectives... certainly in past months the whole expat experience has been brought into focus by the impact of the global recession on those living far from their native shores and perhaps we will focus more on areas where the expat can be exposed to difficulties, even injustices, and occasional campaigning on behalf of fellow expats may stimulate some interesting discussion!

Whilst the original intention of this blog was to focus on the expat experience in general, there have been many requests for more description of life in France specifically - so, in the interests of responding to readers' wishes (and perhaps a little personal indulgence) a little more effort will go into recounting anecdotes of life in this amazing country - now 245 and Recounting... 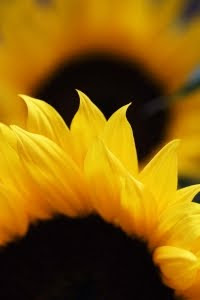 Bloggers around the world are uniting to support World Aids Day - use the link for more information and resources to see how you can help...

Posted by Keith Pow-Williams at 9:49 PM No comments:

Having just been reading reports of Australians repatriating themselves in the face of worsening economic prospects in the UK, and recalling that only a few weeks ago we were discussing Eastern Europeans heading home for now brighter prospects, we are forced back to the definition of the very subject of this blog, the expat.

Should we be differentiating more between the expat who has shifted country purely by choice and the economic migrant who has by definition mainly financial motives? If so, how do we in fact differentiate - and can one person in fact fall into both categories? Well, perhaps those mainly choosing a change of lifestyle will then build in financial considerations in making their final choice of country, and that is quite natural.

However, for those driven to a move by financial necessity, should we expect them to make any further commitment to their host country? They have made their decision on a financial basis and presumably have been welcomed for the skills they bring to the host country without further commitment being required, other than perhaps to learning the language - so can we blame such people for returning home when the financial advantage disappears suddenly?

Do the expats who relocate by choice, for love of culture, environment, etc., make a different sort of commitment to his host country? Are they more likely to remain and weather the storm when times get tough for a while? Probably, I would think, but perhaps only because they can afford the luxury!

In any event, perhaps a level of commitment aside from financial interest becomes part of our definition of an expat...

A question of quality...

It seems to be survey season just now, at least in the world we expats inhabit.

Following our recent reporting of an Alliance & Leicester poll of expats (see the post below), now we see a large survey carried out for HSBC International, based on a huge sample of 2,155 expats in 48 countries, snappily entitled "Offshore Offspring"!

The survey focused on quality of life and cost of living issues relating to family life overseas and included factors such as the cost of raising a family, time spent outdoors, languages learned, study time, and whether parents believed that their children would remain in the country as adults. The summary report covers the 14 countries that yielded enough results to be significant in the survey.

Well, if another survey is of interest, you can see the detailed results by following the link below - but for this British expat in France there were some points of particular interest... while Spain is rated as the cheapest country to raise a family, the UK is the most expensive, at fourteenth position.... for the overall results, rating all factors in the survey, I was pleased to see that France is second only to Spain!

If you are contemplating making a lifestyle leap, you can gorge on statistics, graphs and detailed comments here...
Offshore Offspring

Posted by Keith Pow-Williams at 9:55 PM No comments: 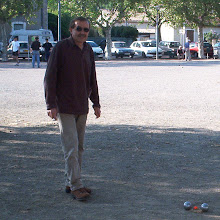 Keith Pow-Williams
A Brit living, working and playing boules in the Languedoc region of the South of France - this is about being an expat, in whatever country - and wherever you come from... with the perspective, thoughts and anecdotes of an expat in France.